Well, I can finally talk about it

I could go into great detail about the details of the last eight plus months of my life. However, not too much would be served by a novel about things. Here are the details in a nut shell.

First, my wife, Teresa, and I have been separated for going on nine months now. She left after getting caught for yet a fourth time in an internet and this time in person romance. This time it was with her former fiance, whom she knew before she ever met me. She and I were married 12.5 years before she left. November 18th would have been our 13th wedding anniversary.

I could have dealt with that fine except that she decided to falsely make a claim of domestic violence and took out a restraining order upon me. Since I am a firearms enthusiast, it really irked me in that I had to give up every gun I owned at the time until that restraining order was resolved. Forget the fact that it violates both the 2nd and the 4th Amendments to the U.S. Constitution. It is also just patently unfair in that it is an ex parte order, meaning from ONE party.

I had to hire a lawyer in the county in which the order was requested, which was not even the correct jurisdiction. She took almost four days after leaving to file the order, which tells me that she had to have been talked into it. If her life was in danger, she should have contacted the local authorities and filed the order here in Johnston County.

Anyway, long story short, I hired a lawyer and won my case. The judge found no credibility in the story presented by Teresa and found both me and my witness to be very credible. That is as it should be. There are so many details to tell, but the bottom line is that I won my case and justice was served. It still cost me $1000 in legal fees and three trips to Asheboro to fight it, but it was worth it. I was vindicated.

The sad thing is that some political opportunists took that story (and I think I know from whence it came and spread. I can count on one hand how many people in this town knew I was separated, much less about the restraining order) and made it into the lie that I was a wife beater and that is the reason I was getting a divorce. That smear campaign really cost me dearly in the last election.

Actually, I don't mind losing the election, since so many things came out of that time period. Once women found out that I was single again, I was asked out by several of them. Three different women asked me out fairly early on. In the first three months, I went out with three different women.

My lawyer's advice was, "Hey, you are single now. Act like it. Go out on dates. Have fun. Have all the sex you want to. I just don't want to hear about it." I followed that advice somewhat. I did date a few women. Some were great experiences, one horrible. The last one was phenomenal and still is.

I dated one woman I have known for a little while, one I just met, and one I met online. The one I met online and I went out for three weeks. Some parts were wonderful, some horrific. I sure learned a lot about life, relationships, and myself during that ordeal. That was about the time of the election. I was fairly depressed for the first three months after the split with the ex. The fourth month I really changed for the better, and that is a good thing.

Four months after Teresa left, I met a wonderful lady through match.com. She, too, had a marriage that went bad because of a cheating spouse. I actually had a lot in common with her ex in terms of work background, but that is about where the similarities stop. Oh, that and the first name beginning with the same letter.

Sharon has been the complete opposite of my ex in many ways. We have been pretty much inseparable since early December. She has a wonderful (now) five year old son named John. He calls me Mr. Troy, and we are close buddies.

Early on, Sharon and I knew where we were headed in our relationship. Just one week into the relationship, we were getting extremely close and were falling in love. Within two weeks, we both knew that we would eventually marry. We have been together for almost five months now. Her family thinks the world of me and I of them. Her mother already refers to me as her son-in-law rather than her daughter's boyfriend. My mom adores Sharon and John both, as she met them early this month. Everyone I know who has met Sharon has been highly complimentary of her and has absolutely fallen in love with her. I have been told how well I am doing this time around. Thank you, God for your grace and mercy on this big, old, loud guy who was so lonely and hurting.

Sharon brings many things I have prayed for, literally for years. Among them is the fact that she desires children. She has the one boy, but wants more, as do I. She is gainfully employed, which is always a plus. She works hard on the relationship. I have given her free reign in decorating my house, since it will eventually be hers. I have already remodeled two rooms in the past month or so, one of which is to be a bedroom for her son. I already have it decorated for a little boy. I also keep a lot of toys here at the house since John and Sharon spend a lot of time with me here.

We are expecting a wedding date in late September or early October. I already have the rings. We are both looking forward to moving on with our respective lives, blending together as one. We are also both looking forward to having a full family together, which has been my life's dream. I just wish that I did not have to wait until I was 40 to enjoy that.

Below are a few pictures taken earlier this evening at Chuck E. Cheese in Goldsboro, NC at their sketch pad machine of me with Sharon and John and Sharon.

OK, now you know. I was sitting on that information for months. I have kept silent on the advice of my lawyer until a contract was signed between me and the ex. That amongst several other reasons is why I have remained silent in this blog and on several other venues about some stuff.

Prove you need it and are using wisely what we already give you FIRST!

Why do we as citizens allow for such flagrant wasteful spending? If we did not allow illegal aliens in our schools, we would not have the need for more buildings, teachers, staggered openings, double bus routes, and increased budgets. But, I digress. When have we ever had a budget stay the same, much less decrease? It has not happened. I am sure that there is no "zero based" budgeting going on. It is sheer laziness to simply add a percentage figure to the budget from the previous year and submit it. A $5.3 million hike is nothing tiny in a county of 140,000 people or so. Show me that the money is being used efficiently and I will consider supporting the 10.5% increase. Doubtful, though.

Superintendent Unveils $56.3 Million Budget Proposal
Superintendent Dr. Anthony Parker presented members of the Johnston County School Board a proposed $56.3 million budget for the 2008-09 school year. The budget of $56,337,443 is up about 10.5 percent or $5.3 million over the current fiscal year spending plan. By state law, the budget must be passed and presented to county commissioners by May 15. School officials plan to hold a budget work session before that day. School Board Chairman Kay Carroll said, "I am pleased that we only had an increase of 10.5 percent. Dr. Parker said the two major money issues looming over the board are overcrowding, mainly because of growth in western Johnston County, and the need to increase teacher supplements to remain competitive with more wealthy school districts in the Triangle."

Posted by Troy LaPlante at 5:48 PM No comments:

Posted by Troy LaPlante at 12:50 PM No comments:

The real reason the town manager is leaving Selma

From The Selma News:

Farmer, manager for the past two years, is headed to Horseshoe Bay, Texas, to take over as town manager. He will leave in about three weeks, said Mayor Charles Hester.

Stan Farmer was quoted as saying, "I saw the handwriting on the wall here in Selma, so to speak. Combine that with the fact that I don't want to be in a town where they don't elect people like Troy to the town council and it was an easy decision for me to seek employment elsewhere."

Good luck with the new job, Stan.
Posted by Troy LaPlante at 10:27 AM No comments:

I know, I know

It has been a while since I blogged last. I have been so extremely busy with work, remodeling the house, having family visit from out of state, and with affairs of my own that I have had little time to do much of anything of my own. There are plenty of things that I want to write about, but I am constrained from doing so for either legal reasons (someday I will explain that one) or for the sake of avoiding a few situations. I have been rather reticent lately for a reason. Just know that all is well.

I can tell y'all that my vacation to New England at the end of this month has been canceled. I had already bought airline tickets to get me there on Skybus. They are a fairly new airline but they went out of business last weekend. If they had waited a month, I would have been in New Hampshire for a week and back before they went bust, but nooooooooooooooooooooooooo! Such is the story of my life.

Here is a cute shirt I found online. I am thinking about ordering one. 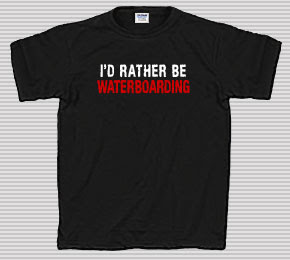 Posted by Troy LaPlante at 12:09 PM No comments: