Sad: we lost a conservative voice

William F. Buckley passed away today. I am sad to see it, but he was in his 80's, after all. I wonder where all the conservative voices of the future will come from. I will forever be one of them, just not at the level of Buckley, perhaps. I hope he knew Jesus, since no matter his politics, in the end, it is his belief in Christ that will determine his eternal home.
Posted by Troy LaPlante at 2:26 PM No comments:

I have a few of these

Posted by Troy LaPlante at 10:51 AM No comments:

Sometimes a picture is indeed worth a thousand words. 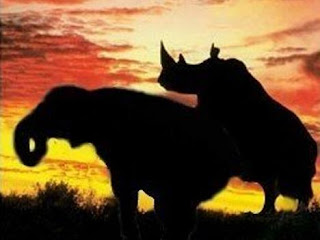 While going into the post office last night for the first time in nearly a week, I noticed a poster in the front window that intrigued me. An HBO miniseries on the life of John Adams, produced by Tom Hanks is coming to TV next month. This actually excites me, considering the teaching I have done on the American Revolution, the Declaration of Independence, and The U.S. Constitution. I have the book, "John Adams", by David McCullough, upon which the series is based. If you do not have it, GET HBO and watch. I just may get the DVD set when it comes out, if the series is good enough. At a minimum, I will DVR and record to VHS.
Posted by Troy LaPlante at 10:57 AM 1 comment:

Parts of an interview with professional wrestler John Bradshaw Layfield

Wow, JBL calls it like it is regarding the state of politics and government in this nation. Here is a link to the full article. Below are excerpts that I love.

LIP: Well, what's your impression of what's going on, since you have taken a political stance in the past?

JBL: Yeah, absolutely. I think our politicians are the worst that they've ever been in the history of our country, and that has nothing to do with Democrats and Republicans. I mean, in the middle of two wars, and the middle of this economic sub-prime [mortgage] fallout, and the middle of a budget that's out of control, they have Roger Clemens and Brian McNamee on the stand debating he said/she said about this. That to me is just offensive. I cannot believe how inept and pathetic our politicians are across the board. There is no possible way for me to have a lower standard for these guys. Unfortunately, they keep exceeding that low standard. These guys are absolutely pathetic. To think that these guys would know anything about cellulosic ethanol or ocean power or anything to get us off of foreign oil. These guys are more interested-you had Sen. Arlen Specter a few weeks ago wanting to request Super Bowl tapes about Bill Belichick. Here we have two wars going on-real people, American kids, dying-and these idiots want to watch football tapes. So, I have no respect whatsoever for politicians. I think they're a pathetic group.

LIP: Well, gee, how do you really feel?

JBL: I can't stand it. I'm on Fox Business every night, so I have to deal with this every single night. And I look at this stupid economic stimulus plan, and these guys loading this thing up with pork, which is unbelievable. I mean, honestly, if these guys were in corporate America, they would be indicted and thrown in jail for theft.

LIP: When the state of Georgia talked about regulating pro wrestling, WWE resisted. Wouldn't it benefit the company to embrace the idea of regulation so that the questions people have about wrestling wouldn't have to be asked?

JBL: It depends on who's regulating it. You have, right now, Roger Clemens on the Hill with Brian McNamee. Who cares if Roger Clemens was taking some legal or even illegal drug at this point? That's a baseball issue. Baseball should have dealt with that in 1987 just like the NFL did. I'm totally against steroids, 100 percent, so I don't want to take that out of context when I said who cares about Clemens. But in the grand scheme of politics, you've got this idiot, Henry Waxman, interviewing these guys. And we have a budget deficit that is massive, we've got a dollar that is shrinking, that is killing us, we have 95-dollar [a barrel] oil. We have two wars, and nobody has a solution for them. And these are the guys who are going to regulate anything? These guys can't regulate themselves. If these guys had shown that they could do something efficient in this world and help America, then, yeah, let them regulate it. But these guys are inept, they're pathetic, and you really think politicians can do anything right? I don't hold that view. So no, I don't believe in government regulation because I think our government, the people that run it, are obviously inept, because they haven't solved any of their own problems. How in the world could they solve any of our problems, or anybody else's?

LIP: So when you think about this stuff is it good to be able to get back in the ring and get some of your aggravation out?

JBL: [Laughs] It's good to be on Fox Business and talk to these guys. I'm just frustrated. This is just my view of politics, and it's my view and my view alone. But we've had guys who haven't solved anything in politics, and they want to create this dog-and-pony show and go after Bill Belichick, or go after Roger Clemens and Brian McNamee, or go after regulation in sport because they want to distract from their record because their record is honestly that abysmal.

This is why I can not stand Code Pink

It has been a week since I last blogged. I know that I have not done much writing here lately. I have a lot of things that I want to say and comment upon, but I have been rather reticent. There is a season I am going through, and I have known others to experience the same thing in which they have a desire to simply remain silent except to a few trusted people close to them. Even then, I am not as verbose as normal. I want to do my talk show, I want to write commentary on numerous subjects, but the true desire has been stifled and I therefore have not written much.

This is a spiritual thing, I believe, since it is something from within, and seems entheos in origin. There are so many topics in the news about which I have strong opinions. I have just kept most of them to myself lately.

Here is one that I do not want to let go by, though. I listened to the radio a bit ago about Berkeley, California (quelle surprise)and their city council voting to unwelcome the Marine recruiting efforts in their town and instead welcome Code Pink. I was emailed a link to this video of the efforts of Code Pink barricading the doors to a Marine Corps recruiting station, attempting to keep anyone from entering and apparently from allowing egress.

Police allowed an obvious violation of law to take place, not to mention the federal government allowing federal law to be flaunted by this. I am all for free speech, but this goes beyond speech. These leftist, communist cowards really did deserve police batons, rubber bullets, fire hoses, and jail time for their actions. I read and listened to accounts from people who were there about numerous violations of law and provocation of physicality by these commies.

These people act this way and wonder why the Gathering of Eagles and Rolling Thunder oppose them. Disgusting.

I actually caught this radio segment as it aired.

The actions of the Berkeley City Council is equally as disgusting.

Posted by Troy LaPlante at 7:01 AM No comments:

Quite an accurate depiction

Click on the cartoon to see a bigger version that is easier to read. 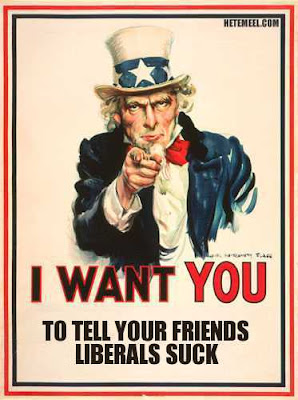 Why you should NEVER consider voting for John McCain

The ONLY conservative choice

He is the only conservative left in the race and was the ONLY one that ever WAS in the race.

I have heard the rumor that Selma may get a Target store for a while. I finally see an article in the Smithfield Herald saying it could happen. I find it amusing that the article says that what Selma has going against it is that there is a Target in White Oak in Garner. I was in White Oak just last night. That is 20 miles away. It is odd that a new Target and PetSmart were built in White Oak, when there were already stores just a few miles up the same road on Hwy 70 in Garner, which are at Timber Drive and 70. Why, then, would it be so odd to put one a full 20 miles away? Personally, I would shop at a Target a lot more if there was one local to me. Wal-Mart adds stores, and built one in Clayton while we already have one in Smithfield. Another one is coming in Clayton, as well. Go figure.

Selma could get Target

By Jordan Cooke, Staff Reporter
Selma — A developer is trying to lure retailer Target to Selma.

Frank Wood, an attorney representing AdVenture Development LLC, said Wednesday that his client had talked with Target about anchoring Eastfield Commons, a proposed mixed-use development that could encompass more than 100 acres.

"My client has been in discussions with Target," Wood said. "But they [Target] have some issues because they have another store in the area at the White Oak shopping center [in Garner]. So right now, I couldn’t really say what the odds of them coming would be."

Wood said AdVenture had talked with roughly two-dozen companies so far about locating in Eastfield Commons.

Wood said the mixed-use development could be built near the Holiday Inn Express on the westbound side of U.S. 70. A news release issued late last year by a Raleigh public relations firm said Eastfield Commons would include 750,000 square feet of retail space, a medical and professional office park, an assisted-living facility, hotels, restaurants and housing. The news release said Eastfield Commons would be "the largest single project ever built in Selma.'

Wood said AdVenture is still in the process of buying land. So far, he said, his client has purchased about 50 acres. "And we've got at least an equal amount under contract, if not more," he added.

Kevin Dougherty of AdVenture said he was confident Selma would be ready for a project of Eastfield’s size. "We chose this site because it is an ideal location," he said in the news release. "With its central location, Eastfield Commons will draw people from as far away as 100 miles. We see this development as a core asset for Eastern North Carolina."

Wood said AdVenture might break ground on Eastfield Commons within the next two or three months. He said the project could take seven to 10 years to complete.

"If they can pull it off, this could be really great for Selma," Wood said.